Is Italy’s Famous Moka Coffeepot In Danger of Extinction?

You might not get another chance to own one of Italy’s classic Moka Coffee Pots. The Moka Pot or “caffettiera” has been used in households all over Europe since the 1950s—becoming particularly popular in Portugal, Spain, and of course, Italy. But its reign over European stovetops might be coming to an end.

Originally invented by Luigi De Ponti, the idea was then purchased and patented by Alfonso Bialetti, who also created its famous design. At the time, the use of aluminum in a coffeemaker was revolutionary, as the metal was not commonly found in any kind of kitchenware before.

Bialetti is still the biggest manufacturer of the Moka Pot.

How does the Moka Pot work? It’s simple! When the pot is on the stove, the water inside the pot heats up and creates steam. The pressure inside the pot increases, which pushes the the water and the coffee granules up into the top compartment, ready for pouring! 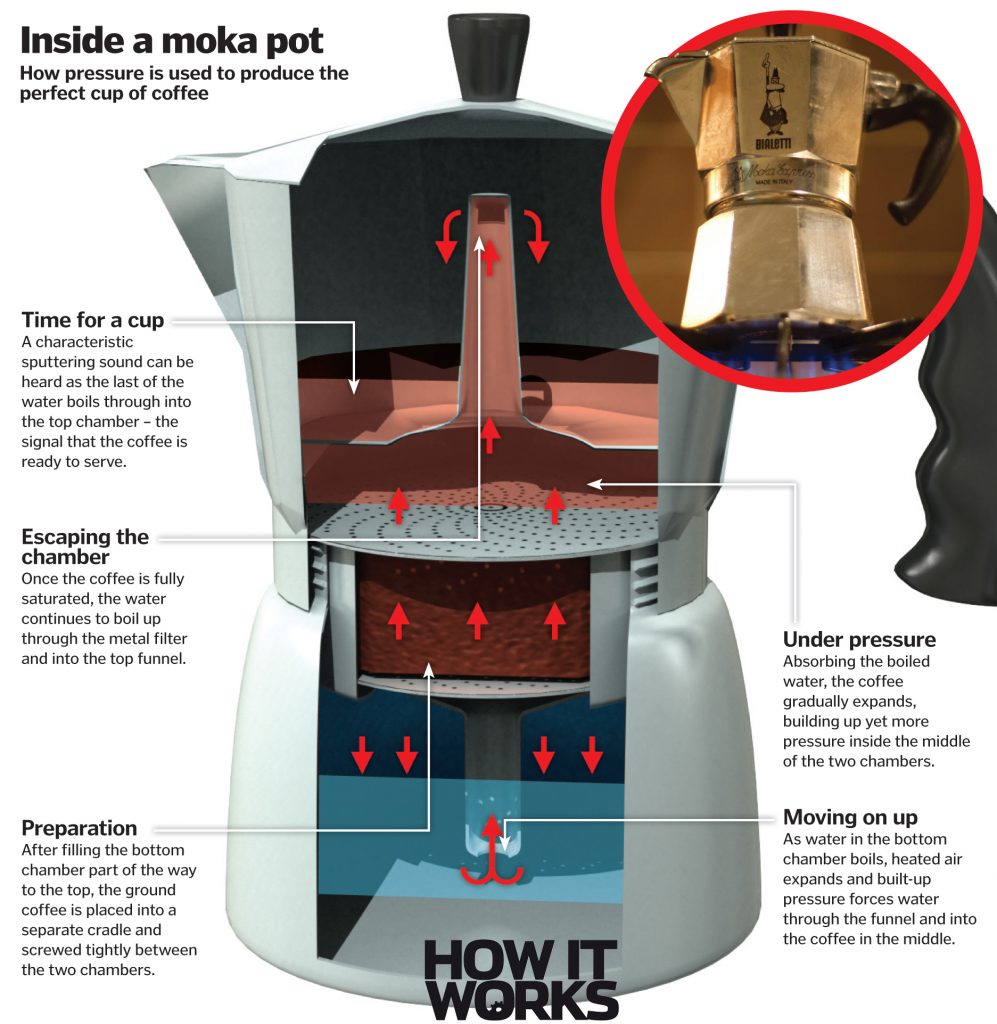 Image from How It Works Magazine

What do you think about the Moka Pot? Are you sad to potentially see it go? Let us know in the comments!

Image credits to How It Works Magazine

The Italian Institute is a cultural center located in Denver, Colorado, and your #1 source for all things Italian! We offer language classes, citizenship services, and plan customizable trips to Italy.

View all posts by: Italian Institute